Embrace! Church of San Antonio was formed by a handful of people on July 14th, 2019 in the home of founding pastor, Joseph Cuestas. From our founding, Embrace! Church desired to be a place that is welcoming and affirming of all people while maintaining a practical and biblical stance in our faith, worship, and conduct. Since our founding in July we have moved into a beautiful shared space where we continue to grow and share God's love and acceptance to all. We are a church on the move with an exciting vision and desire to do all that God has called us to do. Be a part of this budding movement that is Embrace! Church. 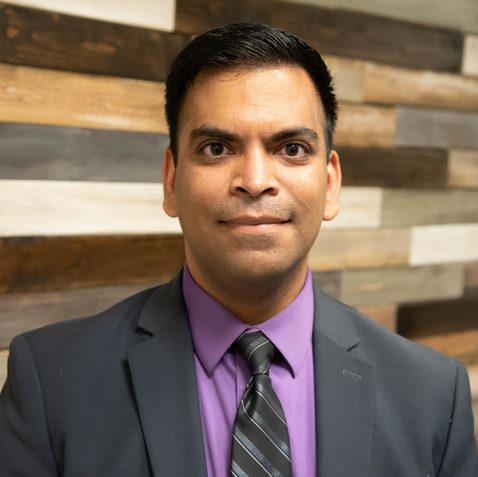 Pastor Cuestas is the founding pastor of Embrace! Church of San Antonio. Born in Corpus Christi, TX, he moved to Michigan at the age of five. During his early and teen years he was very involved in his local church helping in various ministries. He taught a Sunday School class, was involved in outreach to inner city youth of varying ages, led a group of teens on Friday evenings, as well as played the piano for various music groups and the violin in his church orchestra. He graduated from a private Christian High School in 2003 receiving the Christian Character Scholarship which aided in his first year of Bible College in Northwest Indiana.

Pastor Cuestas attended four years of Bible College, working towards a BA degree in Pastoral Theology and a BA degree in Music. During his time there, he was given the President's Award and a $10,000 scholarship for his accomplishments in piano performance and Christian Character. He also traveled the country as the pianist for the college Men's Ensemble. During his summers, Joseph helped smaller churches in their outreach and children's program.

Shortly after leaving Bible College, he enlisted in the United States Marine Corps. He served as his platoons "lay leader" giving nightly devotionals to his fellow recruits during basic training. From California, to North Carolina, to Arizona, and to Afghanistan, Joseph served in the USMC honorably for five years attaining the rank of Sergeant (E5).

After being honorably discharged from the United States Marine Corps, he moved to his current location in San Antonio, TX. Almost immediately, he became involved in another local church in San Antonio and served in its music ministry, taught classes, started a children's VBS program, and aided in the technical needs of the church. He was later ordained and installed as the assistant Pastor of the church and in total, served about five years. While serving in this church, he attended college at the University of Texas in San Antonio full time, and graduated with a BA degree in History with a concentration in Social Studies. He is certified to teach in the State of Texas.

In December of 2018 God began laying the foundation for a new church in San Antonio. After thoughtful prayer and at the continued prompting of the Holy Spirit, Embrace! Church began with its first meeting at the home of Pastor Cuestas on July 14th, 2019. The church has a strong foundation and is continuing to grow and reach others with the love of God and the power of Christ.

Embrace! Church is incorporated as a non-profit organization in the State of Texas. Our leadership team not only serves to fulfill the roles as required by our bylaws but more importantly they serve as the Deacons and Deaconesses of our church. Deaconess Diane Gaither and Deaconess Graciela Garcia are servant leaders of Embrace! Church and are wonderful examples of a Spirit filled life.